It's time to give back

Southern Plumbing Plus is pleased to announce that we’ve recently become a principal partner of Menslink, building on our existing support of an organisation which we know to be a vital part of the Canberra community.

Menslink is a small charity dedicated to providing counselling, mentoring and education programs to young guys aged 10 – 25, and during the last financial year alone, connected with over 10,300 young men.

“I am passionate about Menslink, which intervenes with young men to provide support and mentoring to stop them succumbing to the many pitfalls that lie in their path,” says Warwick Beutler, Managing Director of Southern Plumbing Plus.

“By employing so many young vulnerable people, I believe the plumbing and building industries in Canberra have a massive obligation to help these guys through these perilous years.”

Becoming one of only six principal partners, we hope to raise awareness of Menslink within Canberra’s close-knit plumbing and building communities. “As with many of our customers, Southern Plumbing employs mostly young men in our trade stores and logistics teams across Canberra, southern New South Wales and north-eastern Victoria, and we want to do our bit to give back to our community.” 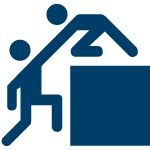 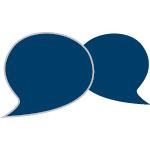 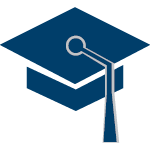 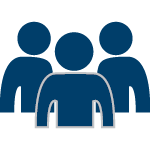 Corporate funds raised by Menslink contribute to the delivery of its programs and services.

“Demand for Menslink's support is growing between 30 per cent and 50 per cent every year. With government funding steady, we rely exclusively on our sponsors and donors to fund our service growth,” says Martin Fisk, Chief Executive Officer of Menslink.

When asked what it means to have an organisation such as Southern Plumbing on board as a principal partner, Martin commented: “[They] deal with a lot of guys – they know first-hand the sort of great blokes that make great mentors, as well as the struggles that many guys can go through in their lives. They really know what we're trying to achieve at Menslink – helping young guys through tough times and helping them grow into the sort of adult blokes we can all be proud of.”

Menslink visits schools across Canberra, Queanbeyan and Yass to talk to young people, and frequently works with the Canberra Raiders in campaigns such as Silence is Deadly.

They have a mentoring program which pairs older volunteers with those still making their way through adolescence. Menslink also directly support hundreds of young guys who are dealing with drug abuse, family violence, bullying and suicide.

“Starting out from school into a trade can sometimes be tough: big changes, big challenges and often pretty lonely with not many guys your age around you (especially compared with school),” says Martin. “If you're having hassles, then sometimes you don't know who to turn to. That's why Menslink provides free, confidential support to young guys right up to age 25 – just to get them through tough times with the least amount of stress.”

During the next 12 months, Southern Plumbing will be organising fundraising BBQs, and inviting Menlink to speak to our staff and customers about the importance of seeking help, where to find help, and how to help out a mate in need.

We encourage the Southern Plumbing community to get behind Menslink.

Visit menslink.org.au to find out about becoming a volunteer or donating to Menslink.